The Wild Boars of Liffré defeated their rivals from Rennes in the Brittany Cup final with a score of (6-9) 27 – 22 (3-13).  In doing, Liffré take hold of their second title of the season (Championship winners and Cup winners) and have now completed this feat for the third time in their history after pulling off the double in 2012 and 2013. 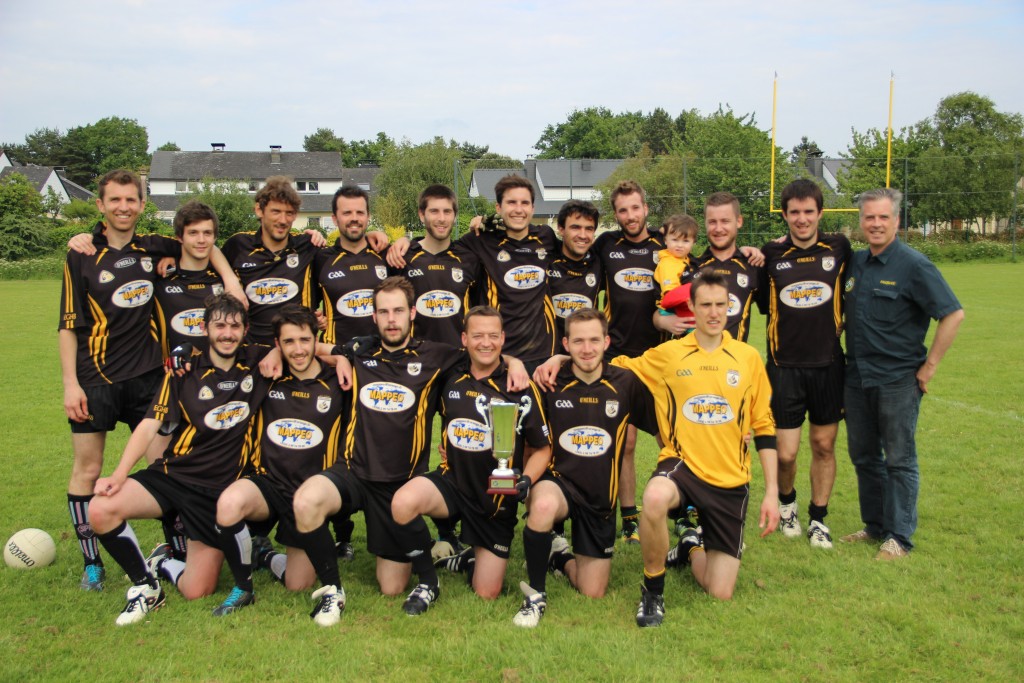 Saturday 23rd of May the team of Liffré made the short trip to play their rivals Rennes in the final of the Brittany Cup hosted by Rennes.  On this occasion the Wild Boars seemed to be slight favorites after their hard-fought victory of the Brittany championships on the same pitch on the 25th of April.  The Wild Geese of Rennes were more motivated than ever to maintain their hold on the Cup since their victory against Liffré in 2014 and to exact revenge for the loss on their home pitch in the Championship final.

As an opener to the Cup final, other clubs from Brittany came to Rennes to engage in a friendly tournament to celebrate the great game of Gaelic football with one more tournament of the year.  These teams were then also on hand to watch the Cup final.  In addition there were a large number of supporters present to watch the final between these two very competitive teams.

Breaking with tradition, it was the Wild Boars who opened the scoring with a point in the opening minute, yet the local team quickly responded with their first goal of three points.  The response of Liffré did not wait long has they responded very quickly with their own three-point goal to go up 4-3.  From that point until the end Liffré would lead in scoring the rest of the way as the tactics put in place by the coach Olivier Kowarski paid off.  The Boars benefited a great deal from the efforts of their players from the French National selection with Bruno Durocher solid in goal with a significant number of impressive saves; Vinicent Durmann, captain of the day and solid in defense, and Antoine Botrel, mid-offense, very efficient in front of the Rennes goal.  At the half-time Liffré was leading 13 (3-4) to 8 (1-5). 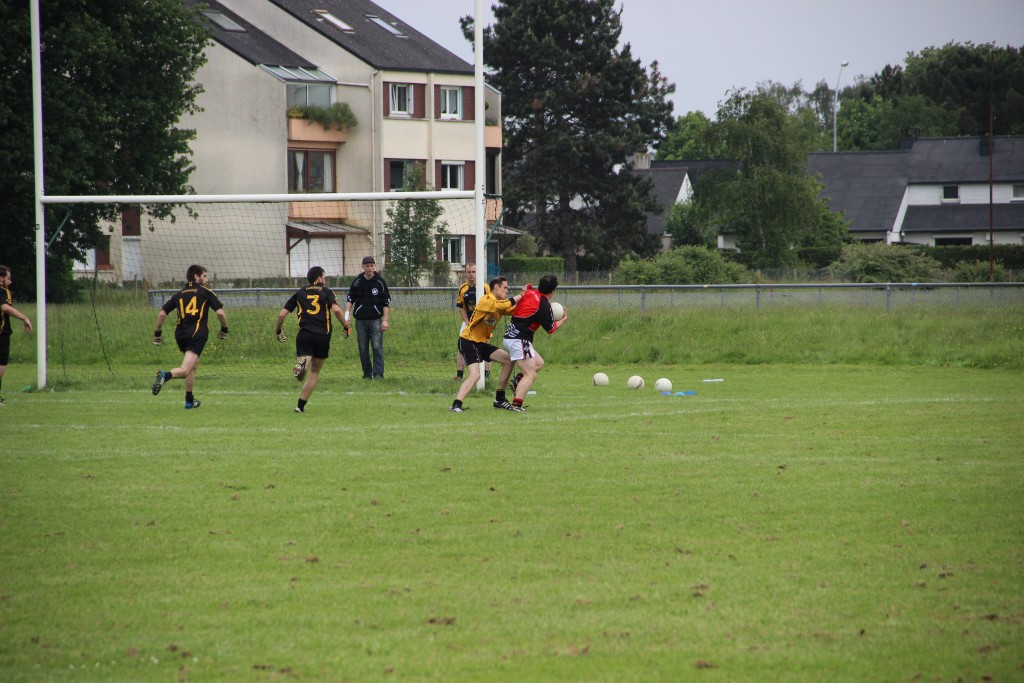 The team from Rennes did all they could to close the gap but were all too often denied by the stellar play of goal keep Durocher and a solid defensive core.

In the second half, the Red and Black played with even more intensity in their efforts to even the score.  The team from Liffré was able to bend but not break.  The match became very engaged with rough play and impressive running game that left a number of players quite spent near the end.  With 7 minutes remaining the team of Rennes trail by on ly two points, but the Wild Boars give themselves some breathing room with a three-point goal in the final minutes of the match.  Final result:  Liffré wins a second time in one month of the pitch at Stade Bellangerais and recover the Cup after losing it to Rennes the previous year.  Final score:  27 (6-9) to 22 (3-13).

As is now customary, the players and staff celebrated their victory at the Shamrock Irish pub in Rennes, who are also partners of the club.  After this celebration the club now looks to complete their training in preparation of the French Championships to be held in Guérande on the 6th of June.  The Wild Boars have one mission in mind:  to pull-off the treble by adding the French title to their trophies this year, a feat the club accomplished in 2013.